Florian Stoppany, originally from Engadine, returned home from Berlin and built the Hotel Pontresina on the foundation walls of the Maison Stiffler. Architects the Ragaz brothers from Samedan constructed the building.

Opening of the palatial Hotel Pontresina.

The hotel discovered winter tourism and had central heating installed.

Following the outbreak of World War I, the summer season ended abruptly. Difficult years ahead.

In a referendum, the Grisons say ‘yes’ to private road traffic.

The hotel went through a difficult period and financial troubles. Graubündner Kantonalbank became the owner.

The Second World War broke out and tourism collapsed.

Troops of the Swiss Army were housed in the Sporthotel. Financially, the situation remained tense.

The rationing of the last consumer products is revoked.

Tourism was starting up again – but many Swiss opted to spend their holidays abroad.

Graubündner Kantonalbank took the Sporthotel onto its books.

The first in-room bathrooms were installed in some of the rooms.

The municipality of Pontresina bought the Sporthotel.

The Pampels became the new leaseholders of the Sporthotel.

Construction of the rooftop spa complex.

The Pampel family's Sporthotel AG purchased the Sporthotel from the Municipality of Pontresina. Remodelling of bar, lounge and fumoir (smoking room).

Construction of staff accommodation and opening of the Fonduehüttli

Nicole and Alexander Pampel took over the management of the Sporthotel.

The hotel lobby and reception were rebuilt.
New enclosed bike room and new bike workshop were completed.
The Sporthütta restaurant was inaugurated.

The new Il Piz building including underground car park with a total of 60 spaces was completed.
Inauguration of new fitness room with state-of-the-art cardio and strength equipment.

Extensive refurbishment of the Roseg apartment

For us and the "Grand old Lady", the biggest rejuvenation ever. Not a matter of course in this environment and after two years of pandemic. An investment in our future and that of the next generation.

After a delay of two years, the heating is partly provided by geothermal energy. This has resulted in a heating oil saving of 30%, and a further 10% can be saved thanks to the insulation of the room walls and the replacement of the windows. Through our constant investments from 2012 to 2022, we have achieved a heating oil reduction of over 60%.

45 rooms were completely renovated, all exterior walls insulated from the inside and around 100 windows replaced. All heating supply and return pipes were re-routed and fire protection and sound insulation optimisations were carried out by replacing the ceilings and insulating them from above and installing fire-resistant floor tiles. All rooms were connected to the fire alarm system. This means full protection and contributes to the safety of our guests.

The wellness area on the roof of the Sporthotel was completely renovated. The application area grew by around 30%.

The SportHütta was finally constructed as a fixed building after a 10-year process.

Want to know more? On Wikipedia you can find a detailed article about the hotel and its moving story. 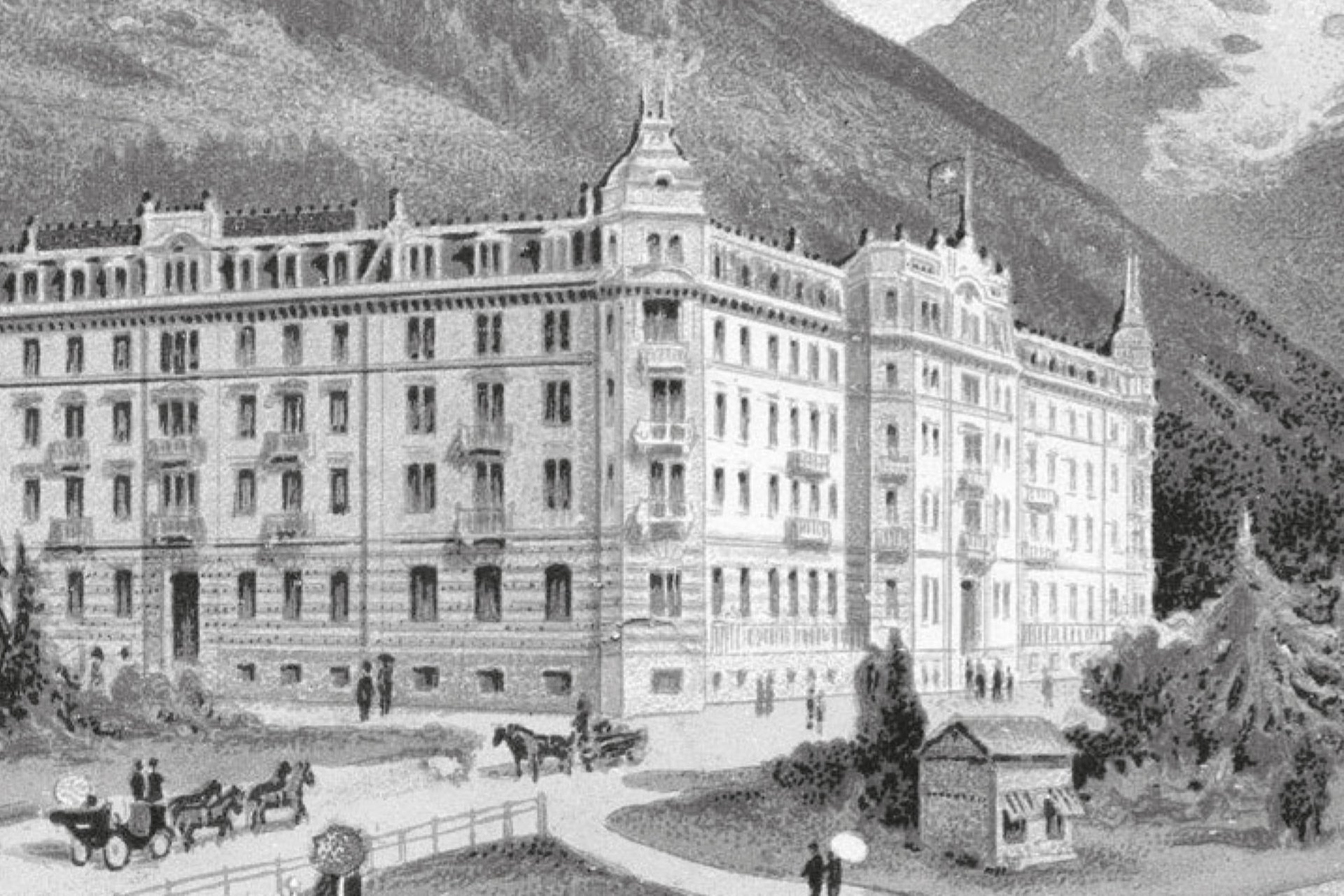 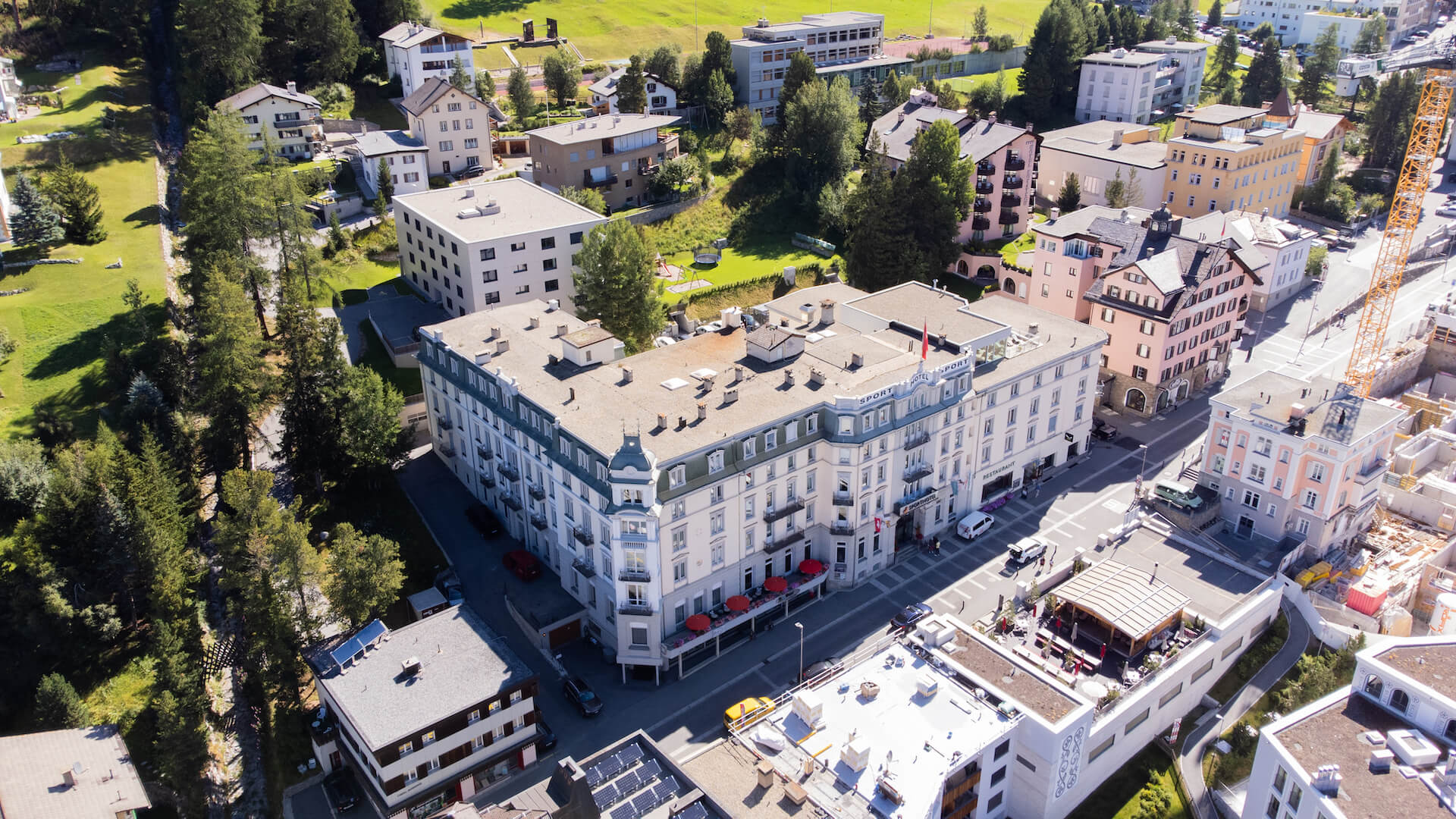